You can call me the "Pontiac Man" 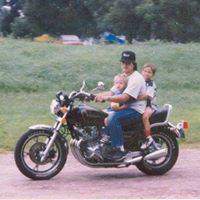 By Leon Marker,
September 28, 2013 in Introduce Yourself

This topic is now closed to further replies.
Share
Followers 0
Go to topic listing
Advertisement Become a Sponsor
Tired of these Ads? Purchase Enhanced Membership today to remove them!
×
×