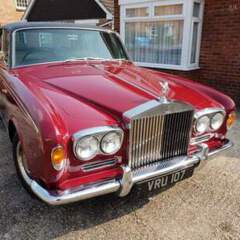 By Allan Ayling,
October 13, 2020 in Introduce Yourself

Hi all and thank you for allowing me to join! I have a newly acquired 1 off special Pontiac, In 1973 Robert D Gwynn, an American Fashion designer and tailor (he made all of John De Lorean's suits

Hello, My name is Lisa. Robert Gwynn was my step-father. I was a witness to the making of the Gwynn Prix. It was built at our house, in the garage,  in Birmingham, Michigan USA I will do my

Hi Lisa, It amazing that you replied on this thread, I absolutely loved that car, I did sell it and have regretted it ever since, I have let the new owner know that you have replied on this forum. The